Identification of causes of poor water quality in the Hooksmeer with recurring exposures through tourism, development of different remediation respectively restoration concepts and long-term operation of a measurement and regulation facility for demand-oriented recovery of the lake

The approx. 84 ha large Hooksmeer was created in the area of the existing tideway at the beginning of 1970s as a compensation area when the industrialized Voslapper Groden was embanked. Since then the former sluice port forms the western end of the artificial brackish water area which is separated by the sluice from the inner Jade to the east and thus can be characterised as an almost stagnant water. Later on, an extensive touristic infrastructure was built at and in the lake Hooksmeer which essentially contributed to a sustained increase in tourist attraction.

Since the end of the 1980s, odour nuisances, often together with large-scale fish mortality, increasingly occurred at the old harbour in the western part of the water. Since the available knowledge about the reasons for these incidents was inadequate, even extensive technical and high-cost action did not lead to the expected success.

IMP started systematic surveys to determine the reasons for these recurring shortage conditions in Hooksmeer. The analysis showed that a stratified water body with a bottom layer with nearly no oxygen in the deeper portions formed during the warm months of the year. South-westerly winds which are frequent in the area blow along the dominant longitudinal axis of Hooksmeer with the result that due to hydrostatic compensation currents this oxygen-free water layer reaches up to the surface at the funnel-shaped area of the old harbour and its access area.

The essential consequences of the emerging oxygen-deficient water body are a quick deterioration of living conditions in affected water sections resulting in high fish mortality (the local press reported repeatedly) and in conjunction with that an extensive odour nuisance in the core touristic area around the old harbour occurred. One reason for the development of the oxygen-free water layer in deeper regions is the large input of nutrients into the water in conjunction with a deep water layer with low currents below the level of the sluice jamb wall where more salt-rich water accumulates.

These results formed the basis for a number of remediation concepts for lake Hooksmeer which were subsequently developed by IMP. The modular concept ranged from a total remediation by minimizing the nutrient input to measures which would contribute to a mixing of the two water bodies, thus breaking up the stratification. Accounting for economic efficiency, an effective management concept was developed and coordinated with the competent authorities; this concept has proven successful each year again.

Since 1995, the water is additionally supported during shortage periods through injection of technical oxygen over a 1 km long pipe system at the ground across the old harbour area and its attached approach route. For this purpose IMP designed a measurement and control system which begins to inject oxygen when levels fall below a pre-determined threshold and gradually increases input according to measured values.

Beyond this, a big receiving water with high nutrient exposure is detached from Hooksmeer during the summer months and its discharge is directly conducted into the inner Jade.

IMP was in charge of support for the measurement and control station during the critical spring and summer seasons from 1995 until 2017, but gradually handed over responsibilities to the competent administrative unit of the federal state. By today, IMP only serves as a supervisor on demand whenever a problem occurs.
Since operation of the coordinated management program started, odour nuisances have been reduced to very few incidents in the event of malfunctions or during overloads at the system; fish killings have not been observed any more. 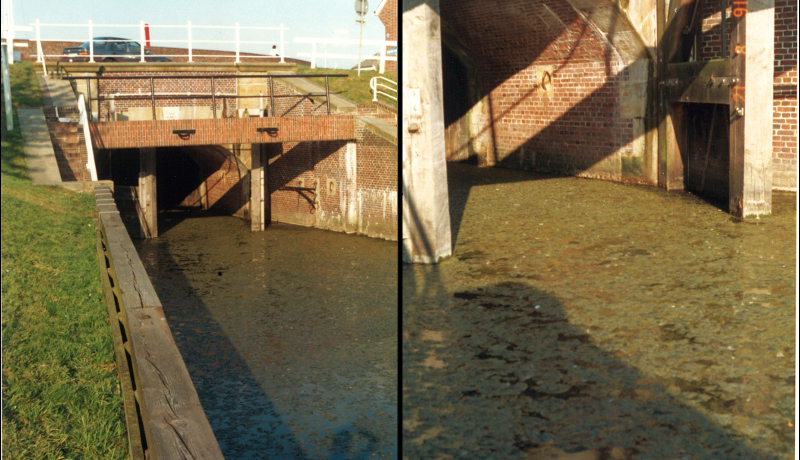 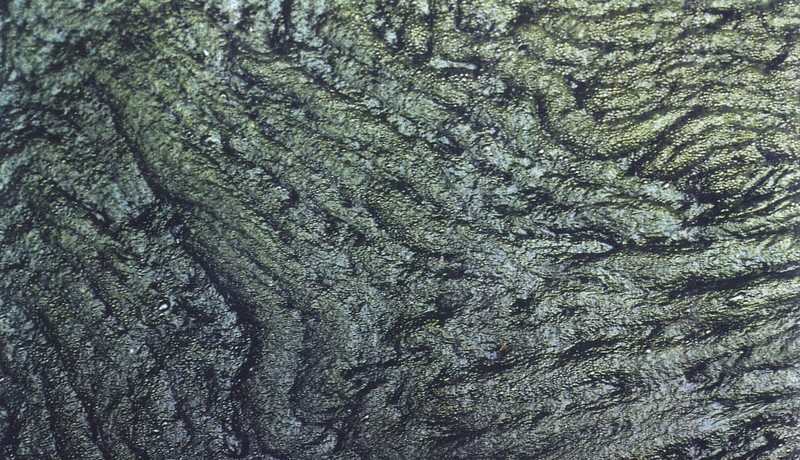 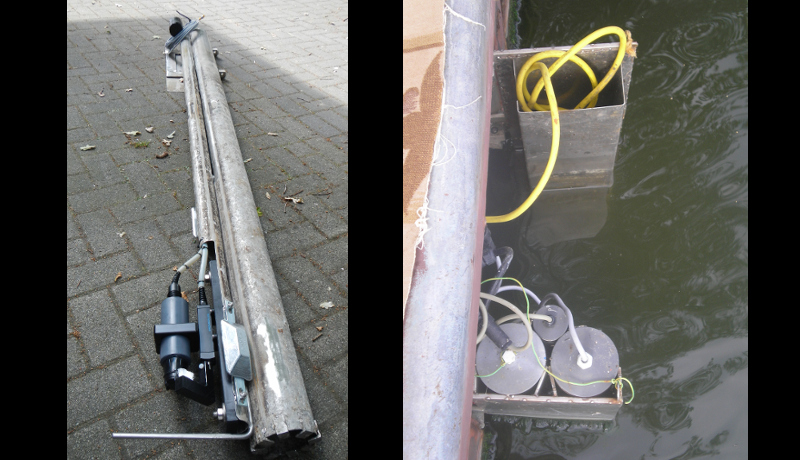 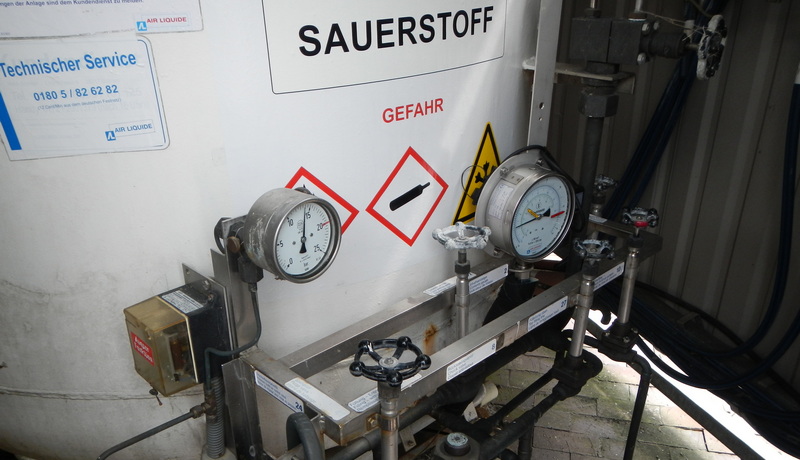 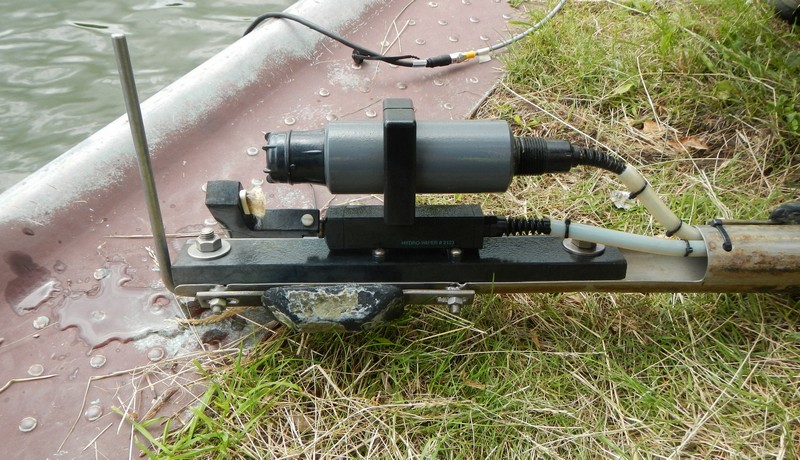 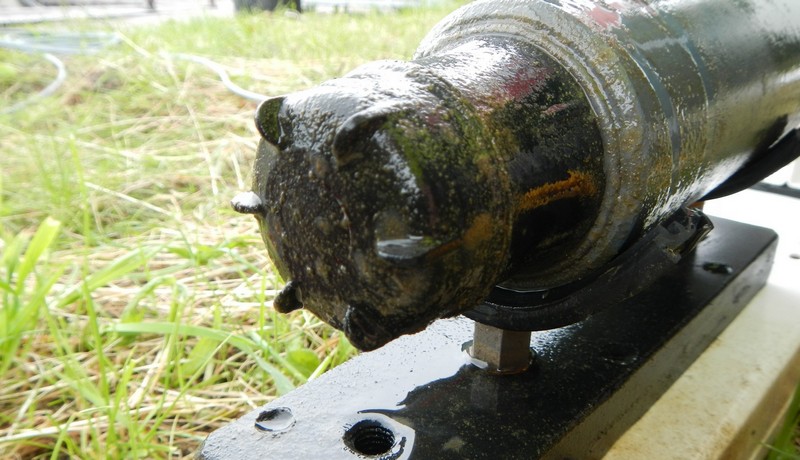